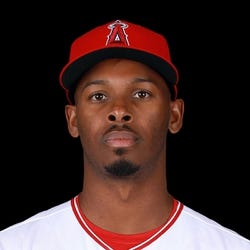 2022 Stats
AVG
.200
HR
0
RBI
0
R
2
SB
1
2023 Projections
AVG
HR
RBI
R
SB
Unlock Our Projections
2023 Fantasy Outlook
Davis made his MLB debut as a 24-year-old in 2022 and played in three games for the Tigers. That's not enough to evaluate, but Davis did record a .763 OPS with 20 home runs across 139 games at the Triple-A level. He started the year in the Angels' organization and was claimed off waivers by Detroit in May before getting called up toward the end of September. The Tigers don't have a ton of established outfield options, with Riley Greene probably the most promising piece after an encouraging debut of his own in 2022. Austin Meadows should return after an injury-shortened season, and Akil Baddoo is also in the mix, along with Willi Castro. Beyond Greene and possibly Meadows if he bounces back, no one in that group seems like a frontline MLB starter, so Davis could push his way into the conversation. For now, he should begin 2023 with Triple-A Toledo and serve as organizational depth. Read Past Outlooks
read more
RANKS
#600
ADP
League AAA
Bats R
Throws R
40 Man No
Height 6'4"
Weight 185
DOB 7/28/1997
Born Lakewood, CA
College None
Drafted 5th Rd 2015 LAD
$Signed a one-year, minor-league contract with the Tigers in November of 2022.

* Exit Velocity and Barrels/PA % are benchmarked against 2019 data (min 400 PA) and Hard Hit Rate is benchmarked against last season's data (min 400 PA). See here for more exit velocity/barrels stats plus an explanation of current limitations with that data set.
BB/K
0.33
BB Rate
9.1%
K Rate
27.3%
BABIP
.286
ISO
.000
AVG
.200
OBP
.273
SLG
.200
OPS
.473
wOBA
.225
Exit Velocity
88.0 mph
Hard Hit Rate
28.6%
Barrels/PA
9.1%
Expected BA
.240
Expected SLG
.394
Sprint Speed
24.0 ft/sec
Ground Ball %
14.3%
Line Drive %
28.6%
Fly Ball %
57.1%
Prospect Rankings History
Advanced Batting Stats
Loading Advanced Batting Stats...
Additional Stats
Games By Position
Defensive Stats
Loading Games Played by Position...
Loading MLB Defensive Stats...
Batted Ball Stats
Loading Batted Ball Stats...
Stats Vs Upcoming Pitchers
Want more matchup stats?
View Brendon Davis vs. Pitcher Stats
Loading Matchup Stats...
Tigers Depth Chart
Our full team depth charts are reserved for RotoWire subscribers.
Subscribe Now
2017 Fantasy Outlook
Davis signed with the Dodgers for overslot money after being drafted in the fifth round of the 2015 draft and hasn't done much since to indicate he's a noteworthy prospect. The shortstop hit .241/.295/.334 for Low-A Great Lakes in 2016 with 118 strikeouts in 436 plate appearances. He is currently a very lanky player, listed at 6-foot-4, 165 pounds. He is also just 19 years old. He still has some filling out to do as he progresses, but that extra bulk might mean a position change to third base, where he played 19 games last season. It's worth noting that Davis was fairly young relative to other high school draftees, hearing his name called less than a month before his 18th birthday. Betting on Davis is a bet on projection, as physically he has the potential to be a monster if he can ever hit enough. The good news is he can simply be placed on watch lists for now in the majority of dynasty leagues.
More Fantasy News