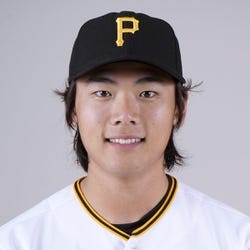 2022 Stats
AVG
.333
HR
0
RBI
6
R
5
SB
3
2023 Projections
AVG
HR
RBI
R
SB
Unlock Our Projections
2023 Fantasy Outlook
Bae has been a relatively highly regarded prospect since signing with the Pirates in 2018. He showed the peak of his potential in 2022 with Triple-A Indianapolis, where he displayed a consistent ability to both make contact (16.9 K%) and get on base (.362). Most intriguing skill, however, is his stolen base upside. Bae has stolen double-digit bags at every level of the minors, including when he posted 30 on 38 attempts in 2022. That combination of skills also earned Bae a brief promotion to Pittsburgh to close the 2022 season. It's not prudent to draw conclusions from a 37-plate appearance sample, but Bae remained aggressive on the basepaths by swiping three bases without getting caught. While coming through the organization, Bae played every defensive position except for right field and catcher. On a rebuilding Pittsburgh squad, he should get all the run he can handle in 2023. Read Past Outlooks
read more
RANKS
#521
ADP
#

* Exit Velocity and Barrels/PA % are benchmarked against 2019 data (min 400 PA) and Hard Hit Rate is benchmarked against last season's data (min 400 PA). See here for more exit velocity/barrels stats plus an explanation of current limitations with that data set.
BB/K
0.33
BB Rate
5.4%
K Rate
16.2%
BABIP
.407
ISO
.091
AVG
.333
OBP
.405
SLG
.424
OPS
.830
wOBA
.372
Exit Velocity
83.2 mph
Hard Hit Rate
18.5%
Barrels/PA
0.0%
Expected BA
.236
Expected SLG
.261
Sprint Speed
27.2 ft/sec
Ground Ball %
56.0%
Line Drive %
24.0%
Fly Ball %
20.0%
Prospect Rankings History
Advanced Batting Stats
Loading Advanced Batting Stats...
Additional Stats
Games By Position
Defensive Stats
Loading Games Played by Position...
Loading MLB Defensive Stats...
Batted Ball Stats
Loading Batted Ball Stats...
Stats Vs Upcoming Pitchers
Want more matchup stats?
View Ji Hwan Bae vs. Pitcher Stats
Loading Matchup Stats...
Pirates Depth Chart
Our full team depth charts are reserved for RotoWire subscribers.
Subscribe Now
Recent RotoWire Articles Featuring Ji Hwan Bae See More
Rookie Hitter Tiers 1.0
15 days ago
15 days ago
James Anderson releases Vol. 1 of his rookie hitter tiers for 2023 value only, in which Orioles infielder Gunnar Henderson is in a tier of two at the top.
2020 Fantasy Outlook
The Pirates signed Bae out of South Korea in early 2018 for $1.3 million and between the lines, his full-season debut was a success. He was suspended for 30 games early in the season for assaulting his girlfriend. Bae went on to win the Sally League batting title. While he logged a .417 BABIP, his 80-grade speed, 51.2 GB% and 40.9 Oppo% supports a high BABIP, particularly against Low-A defenders. His speed and 11.3 BB% are what really stand out for fantasy. He could steal 30-plus bases while leading off if he hits his ceiling. If he falls a little short of his offensive ceiling, he could be a No. 8 hitter or relegated to a utility role. Bae's fringe-average arm may force a move to second base, but he has all the other tools to handle shortstop. We can safely say he won't ever be a power threat. Concerns about his character and makeup are valid.
More Fantasy News