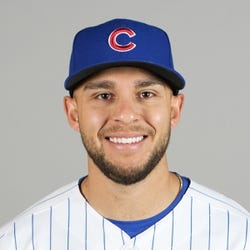 2022 Stats
AVG
.249
HR
0
RBI
7
R
19
SB
3
2023 Projections
AVG
HR
RBI
R
SB
Unlock Our Projections
2023 Fantasy Outlook
It was another injury-riddled season for Madrigal in 2022. Back and groin ailments limited him to just 59 games. That figure actually represents the most for Madrigal across his three seasons at the MLB level, so he's never been able to fully showcase his abilities for an extended period of time. The talent is there, as the White Sox selected him fourth overall in 2018, and he batted above .300 during brief stints in the majors in 2020 and 2021. Last year was a step backward, as Madrigal only batted .249, but it's hard to come to too many conclusions until he gets in something close to a full season. Working in Madrigal's favor is the Cubs' timeline, as the team seems to be entering a rebuild. The second baseman is entering his age-26 season and is still looking to establish himself, so the playing time should be there. If Madrigal can stay healthy, he could be a breakout candidate, but there is plenty of risk here. Read Past Outlooks
read more
RANKS
#586
ADP
#

* Exit Velocity and Barrels/PA % are benchmarked against 2019 data (min 400 PA) and Hard Hit Rate is benchmarked against last season's data (min 400 PA). See here for more exit velocity/barrels stats plus an explanation of current limitations with that data set.
BB/K
0.52
BB Rate
6.1%
K Rate
11.8%
BABIP
.286
ISO
.033
AVG
.249
OBP
.305
SLG
.282
OPS
.588
wOBA
.269
Exit Velocity
85.9 mph
Hard Hit Rate
17.9%
Barrels/PA
0.0%
Expected BA
.256
Expected SLG
.311
Sprint Speed
24.7 ft/sec
Ground Ball %
60.8%
Line Drive %
21.0%
Fly Ball %
18.2%
Prospect Rankings History
View Complete Nick Madrigal Prospect Ranking History
Advanced Batting Stats
Loading Advanced Batting Stats...
Additional Stats
Games By Position
Defensive Stats
Loading Games Played by Position...
Loading MLB Defensive Stats...
Batted Ball Stats
Loading Batted Ball Stats...
Stats Vs Upcoming Pitchers
Want more matchup stats?
View Nick Madrigal vs. Pitcher Stats
Loading Matchup Stats...
Cubs Depth Chart
Our full team depth charts are reserved for RotoWire subscribers.
Subscribe Now
Recent RotoWire Articles Featuring Nick Madrigal See More
NFBC Main Event: Fever Dream, Chapter 4
143 days ago
143 days ago
Ryan Rufe goes over the moves he made and the lessons he learned while managing his NFBC Main Event team over the last two months.
NL FAAB Factor: Waiver Pickups of the Week
144 days ago
144 days ago
Jan Levine details a few NLers riding late-season surges, including a starter in Philly who's making the most of his opportunities.
DraftKings MLB: Monday Breakdown
171 days ago
171 days ago
Dan Marcus prefers the idea of a Giants bat stack Monday against Arizona as part of a 10-game main DraftKings slate.
NL FAAB Factor: Waiver Pickups of the Week
172 days ago
172 days ago
Jan Levine anticipates the return of a fairly high-profile pitcher to the LA rotation.
Todd's Takes: Adjusting for Zombies and Lobs
175 days ago
175 days ago
Todd Zola breaks down Wednesday's MLB action and comments on extra innings and position players pitching.
Past Fantasy Outlooks
2022
2021
2020
2019
Madrigal has done nothing but display elite bat-to-ball skills since being promoted to the majors in 2020. He is tied with David Fletcher for the lowest swing-and-miss rate (4.1%) since the start of the 2020 season, but he also has just two more home runs than you, the reader, in 324 plate appearances at the big-league level. The fact he is coming off a major hamstring injury which required surgery to repair while also rehabbing during the lockout would seemingly put his running game at risk, leaving all of his value tied up in his batting average as a nine-hole hitter in Chicago. He may be an option should you roster batting average deadweights with power upside, but you have to have the right type of roster construction to carry this one-trick pony in 2022.
Madrigal was exactly as advertised in his MLB debut. He hit .340 with zero barrels and seven strikeouts (6.4 K%) in 109 PA. Those highest on Madrigal are hoping for a three-category stud, but he would need to lead off. Last year, he primarily hit ninth -- a trend that could continue this year with the addition of Adam Eaton. He can still be an elite source of batting average with 15-20 steals, but he would be a massive drag on the other three standard counting stats if he hits ninth. Most good hitters eventually grow into power, but Madrigal is an exception in more ways than one. His bat-to-ball ability is already the stuff of legend, but he rarely hits the ball hard (20.8 Hard%) or in the air (12.5 FB%). Projecting just five homers in his first full season would be aggressive, so roster construction needs to be factored in. He is recovering from October shoulder surgery and is questionable for Opening Day.
Madrigal, the No. 4 overall pick in 2018, has been exactly as advertised in pro ball, for better and for worse. His elite bat-to-ball skill has been on full display at every level (career 3.0 K%), as has plus speed (35-for-48 on SB attempts last year) and 20-grade power (four HR in 163 games). His lack of power is backed up by a 13.4 Hard%. He didn't get the benefit of the juiced ball at High-A and Double-A, but no qualified MLB hitter even logged a 20.0 Hard% last year. Sometimes players vastly outperform their power grades as prospects, but this is the rare case where that should not be seen as a potential outcome. That should be just fine, however, as Madrigal projects to hit at least .300 with 20-plus steals and 100-plus runs. As long as expectations for his peak seasons are kept in that range, he shouldn't disappoint. Look for him to take over at the keystone early this season.
It is extremely rare for right-handed hitting college second basemen to be drafted in the first round, but the White Sox believed in Madrigal's hit tool and defense enough to pop him with the No. 4 overall pick last year. He came as advertised, hitting .303 with just five strikeouts (compared to seven walks) in 173 PA across stops in the AZL, Sally League and Carolina League. That bat-to-ball ability is Willians Astudillo-esque, that is to say, almost unparalleled. However, almost 50% of his hits went to the opposite field and he failed to hit a home run -- only seven of his 47 hits went for extra bases (all doubles). While he lacks power, Madrigal is a plus runner, and given how often he will end up at first base, that speed should lead to 20-plus steals annually. He is capable of playing shortstop but should be a plus defender at second base. Madrigal will likely head to Double-A at the start of his age-22 season, and should be on the fast track to the majors.
More Fantasy News