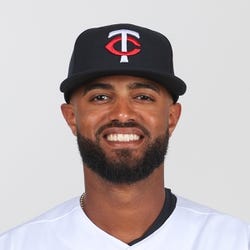 2022 Stats
AVG
.241
HR
8
RBI
31
R
47
SB
9
2023 Projections
AVG
HR
RBI
R
SB
Unlock Our Projections
2023 Fantasy Outlook
Once an emerging middle infield option for Detroit, Castro's path to regular playing time now seems to be in the outfield. He started 80 games in the outfield for the Tigers in 2022, while also seeing 16 games apiece at second base and shortstop. That was a drastic change from 2021, when Castro primarily played in the infield and only saw 10 outfield appearances. Offensively, Castro has shown flashes here and there, though his .651 OPS last year leaves room for growth. He has at least been able to reduce his strikeouts the past few seasons. Castro struck out just under 31 percent of the time as a rookie in 2019. He lowered that to a career-best 20.9 percent in 2022. If Castro can continue to make more regular contact, he could make a bit of a fantasy impact, possibly with double figures in stolen bases for the first time in his career. As someone who will be entering his age-26 season, Castro also has the potential for more, especially if he's able to hold onto regular playing time, either in the outfield or infield. Read Past Outlooks
read more
RANKSFrom Preseason
#