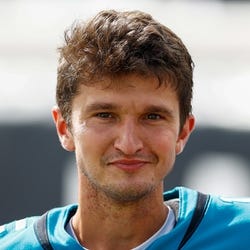 Calculate Stats Over Time
Just click on any two dates.
Scoring
Standard
PPR
Half PPR
FanDuel
DraftKings
Yahoo DFS
Loading Game Log...
Recent RotoWire Articles Featuring Matthew Wright See More
Weekly Rankings: Week 14 Value Meter
56 days ago
56 days ago
Jared Goff, the Lions and the opposing Vikings have the highest over/under this week.
Weekly Rankings: Week 13 Value Meter
63 days ago
63 days ago
Deshaun Watson makes his Browns debut this week.
Monday Night Football DFS Breakdown: Steelers at Colts
64 days ago
64 days ago
Dan Marcus analyzes the Monday night Showdown contests. Jonathan Taylor is the most expensive player, but fading the quarterbacks makes him an easy fit.
Weekly Rankings: Week 12 Value Meter
70 days ago
70 days ago
Are Mike Evans and the Bucs back? They have a reasonably good matchup against the Browns this week.
Beating the Book: Giants Handle Lions, 49ers Roll in Mexico City + Full Week 11 ATS Picks and Predictions
76 days ago
76 days ago
Nick Whalen surveys the board and makes his ATS picks and final score predictions for every game in Week 11.
2021 Fantasy Outlook
With Matt Prater gone, Wright will compete with veteran Randy Bullock for kicking duties in Detroit this season. With 107 games played for the 31-year-old Bullock compared to four 2020 cameos for the 25-year-old Wright, experience is not on the latter's side. Wright at least took advantage of the limited action he saw with the Steelers last year, making four of four field goal attempts - including two from beyond 40 yards - and all seven of his PATs. In the end, he may be a long shot to prevail, but he does have a chance.
More Fantasy News