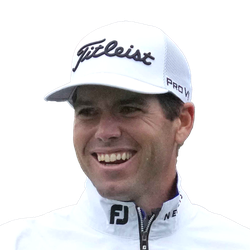 2022–23 Stats
Rank
130
Winnings
$168,320
Winnings/Entry
$15,302
Entries
11
Rounds
33
2022–23 Fantasy Outlook
Martin appeared in only 16 PGA Tour events this past season, but he nearly won the Corales Puntacana Championship before ultimately tying for second. The 35-year-old hasn't qualified for the FedExCup Playoffs since 2017, but he'll retain status after posting three consecutive top-30 finishes during the Korn Ferry Tour Finals. Martin also gained strokes off the tee in five of his last seven starts on the PGA Tour, though he's not on the fantasy radar in most season-long formats. Read Past Outlooks
read more
Handedness Right
Status Pro
Height 5'11"
Weight 175 lbs
DOB 8/26/1987
Birthplace Greenwood, South Carolina
College Clemson
Country USA
Read More News
PGA Stats
Loading Golf Stats...
Tournament Results
Scoring
FanDuel
DraftKings
Loading Tournament Log...
PGA Advanced Stats
Loading Advanced Stats...
Recent RotoWire Articles Featuring Ben Martin See More
2023 AT&T Pebble Beach Pro-Am Betting: Picks, Odds, Predictions and Best Bets
5 days ago
5 days ago
Ryan Pohle breaks down the odds for this week's event and explains why he is banking on a quality result from Erik van Rooyen.
Yahoo DFS Golf: The American Express Picks and Strategy
18 days ago
18 days ago
With a few things working in his favor, David Lipsky lands a spot among Bryce Danielson's picks to click in this week's contests on Yahoo.
DraftKings PGA: World Wide Technology Championship at Mayakoba Picks and Strategy
96 days ago
96 days ago
Billy Horschel has a few things working in his favor this week, and Len Hochberg suggests looking his way in the latest contests on DraftKings.
Yahoo DFS Golf: Shriners Children's Open Picks and Strategy
123 days ago
123 days ago
The stats say Nick Hardy is one of the best value picks in this week's contests on Yahoo, and Bryce Danielson agrees.
FanDuel PGA: Shriners Children's Open Picks and Strategy
124 days ago
124 days ago
Mito Pereira checks in far cheaper than he should in this week's FanDuel contests, and Ryan Andrade recommends pouncing on the opportunity.
Past Fantasy Outlooks
2020
2019
2018
2017
2016
2015
2014
2011
Martin came back from a lost injury season to make 13 starts with three top-25s. Playing only under past champions status will limit his opportunities, but he does have a decent track record on the PGA Tour when healthy. Martin earned more than $2.7 million in 2015, and though he's not likely to repeat that, he still has upside.
The 31-year-old Martin played one PGA Tour event and six on the Korn Ferry Tour in 2018-19, and he's still under a major medical. But he also played the Korn Ferry playoffs, and delivered a top-20 in the first of three events. Otherwise, he has six events to accrue 111 points.
In six full seasons on the PGA Tour, Martin has notched less than two top-10s in only two of them. Unfortunately for him, last season was one of them, ultimately keeping him outside the top 125 in FedExCup points and barely into conditional status at number 150. The South Carolina native is an accurate hitter and good putter, but he'll need to perform next season if he wants to maintain his status next year. Expect a rebound for Martin despite the added pressure he'll have to perform in limited opportunities. He's a fringe option for salary cap leagues but off the radar in draft leagues.
Unlike most guys that barely made the top-125 last season, Martin earned most of his points and money during the summer of 2017. Martin was in a terrible position entering May, but nine consecutive cuts made, including two top-10s, changed his entire outlook. From there, A top-15 at the Barracuda Championship was all he needed to sneak inside the top-125. Martin is an interesting option for salary cap purposes this season because his number is relatively low and it's his worst output in the past four seasons. His known ceiling is $2.7 million, which he earned in 2015 and he's been above $1.2 million three of the past four seasons. As such, he's worth some consideration in salary cap leagues this season.
Will the real Ben Martin please stand up? Martin played well in his rookie season three years ago, but his second season on the PGA Tour blew everyone away. Martin earned five top-10s in 27 starts and picked-up his first win on the way to over $2.7 million in earnings. Expectations were sky-high heading into last season and then...a big thud. He played well enough to retain his card for the current season, but that's about it. Martin is in a good spot for a bounce-back this season though, which makes him a good option in salary cap leagues this year. In draft leagues, he should go near the 7th-round.
Martin was just 24 when he first earned his PGA Tour card. That first season didn't turn out so well, but he must have learned from that experience, because the following season on the web.com Tour was a smashing success. His second go-round on the PGA Tour went much better as he nearly earned $1.5 million last year. At the age of 27 and with just a few years of high-level experience under his belt, Martin looks to have a bright future. While there's no concrete evidence to suggest a great season is on the horizon, Martin has the look of someone who is about to take-off. As such, he should be given heavy consideration in salary cap leagues. In drafts he could go as high as the 6th round.
Martin had a slow start to the Web.com Tour season in 2013, but he pulled it together mid-way through year and finished with a flurry. He had two wins in 2013 on his way to No. 2 on the money list.
Martin, the 2009 U. S. Amateur runner-up, was a three-time ALL-ACC star at Clemson. At just 23, he has a lot to learn about the life on the PGA TOUR, but he looks to have enough ability to succeed early on. Expect a nice rookie campaign from Martin in 2011.
More Fantasy News