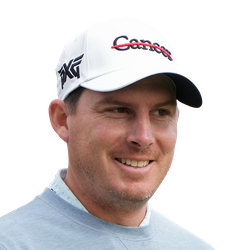 Out
Injury Personal
Est. Return 2/2/2023
2022–23 Stats
Rank
20
Winnings
$1,179,563
Winnings/Entry
$168,509
Entries
7
Rounds
26
2022–23 Fantasy Outlook
Dahmen once again showed in the 2021-22 season that he's a reliable cut maker, seeing the weekend in 19-of-26 events. However, the momentum slowed over the summer as he only recorded one top-25 finish since May. He's a precise driver of the ball but fantasy players should be concerned about his recent subpar performance and his suspect short game. Read Past Outlooks
read more
Handedness Right
Status Pro
Height 5'11"
Weight 176 lbs
DOB 11/11/1987
Birthplace Clarkston, Washington
College Washington
Country USA
Read More News
PGA Stats
Loading Golf Stats...
Tournament Results
Scoring
FanDuel
DraftKings
Loading Tournament Log...
PGA Advanced Stats
Loading Advanced Stats...
Recent RotoWire Articles Featuring Joel Dahmen See More
RotoWire Staff/Expert League Results
9 days ago
9 days ago
Rory McIlroy was the most expensive player in the annual RotoWire staff golf league over Jon Rahm and Scottie Scheffler in a format that gives a guide for season-long leagues.
Golf Barometer: Power Up
58 days ago
58 days ago
Thanks to a big fall, Seamus Power's fantasy stock is on the rise heading into 2023. Find out who else makes the cut in Bryce Danielson's year-end breakdown.
Weekly Recap: Finishing with a Flourish
67 days ago
67 days ago
One season wrapped up Sunday and a portion of another did as well, and two golfers -- including Jon Rahm -- went out on a high note.
Yahoo DFS Golf: Cadence Bank Houston Open Picks and Strategy
79 days ago
79 days ago
Find out why Bryce Danielson is honed in on Lee Hodges in this week's contests on Yahoo.
FanDuel PGA: Cadence Bank Houston Open Picks and Strategy
80 days ago
80 days ago
Joel Dahmen has been doing work this fall, and Ryan Andrade recommends jumping on him in this week's contests on FanDuel.
Past Fantasy Outlooks
2022
2020
2019
2018
2017
2016
Dahmen scored his first PGA Tour win in March at the Corales Puntacana Resort & Club Championship. After a lot of missed cuts early in the season, Dahmen ended up making the cut in six of his last seven starts. Dahmen did not have a good season with the putter, but he is very accurate off the tee and ranked top-15 in proximity to the hole. Dahmen made more money each of the previous three seasons despite not winning. He still has some room to grow.
Dahmen put together his best season to date in 2019-20, notching a career-high five top-10s. Ball striking led the way for him, as he was 30th in SG: Tee-to-green and and fifth in proximity to the hole. Another $2 million season is certainly within reason.
Dahmen had a quiet, yet productive rookie season two years ago and last year, he had another quiet, yet productive season. Dahmen posted a runner-up finish in each of his first two seasons on the PGA Tour, yet he managed to bank about $400k more this past season than he did in his rookie season. In other words, he improved from year-one to year-two. Considering year-one was pretty solid, it was no small feat to significantly improve upon it. The question is though, can he continue this rise? At this price, he's a risky play in salary cap formats, but there are definitely signs that he could have some value this season.
Dahmen has a very productive first-season on the PGA Tour as he slid comfortably inside the top-125 last season. Dahmen got off to a slow start, but he really turned it on during the second-half of the season. Dahmen teed it up five times in the month of July and he finished inside the top-25 in each of those five events. He finished inside the top-10 in three of those events as well. He played well outside of that stretch in July as well, capturing four additional top-25s a few months prior. In all, Dahmen showed an amazing level of consistency for a rookie on the PGA Tour. The question will be if he can turn some of those top-25s into top-5s. As long as he keeps giving himself a chance, the odds are in his favor. As such, Dahmen makes for a solid salary cap option this season.
In his first full season on the PGA Tour, Dahmen earned just $344,824 in 16 events, making seven cuts and posting two top-25s in the process. He'll retain his card thanks to a top-25 result in the Web.com Tour Finals, but figures to remain quiet in terms of relevance in season-long fantasy formats.
Dahmen used two T3s during the regular season to snag the 25th spot on the Web.com money list. He's played in only one PGA Tour event, in 2014, and he made the cut. But he shouldn't expect that to be a weekly occurrence this season.
More Fantasy News