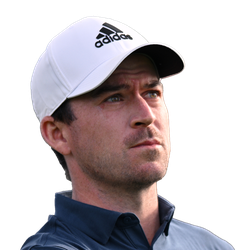 2022–23 Stats
Rank
53
Winnings
$443,130
Winnings/Entry
$73,855
Entries
6
Rounds
20
2022–23 Fantasy Outlook
Taylor had a respectable campaign, but he ranked toward the bottom of his peer group with respect to earnings-per-event. This is likely a product of both smaller tournaments and lower overall finishes. That’s not a great combination for fantasy purposes. Taylor played in plenty of events this past season (28), but he just wasn’t terribly competitive as his best finish was T15 at the Wells Fargo. If earnings-per-event is at all predictive, the Canadian could be due for some regression in the standings unless he finds another gear. Read Past Outlooks
read more
Handedness Right
Status Pro
Height 6'0"
Weight 170 lbs
DOB 4/14/1988
Birthplace Winnipeg, Canada
College Washington
Country Canada
Read More News
PGA Stats
Loading Golf Stats...
Tournament Results
Scoring
FanDuel
DraftKings
Loading Tournament Log...
PGA Advanced Stats
Loading Advanced Stats...
Recent RotoWire Articles Featuring Nick Taylor
DraftKings PGA: Cadence Bank Houston Open Picks and Strategy
31 days ago
31 days ago
Will Gordon is playing some quality golf, and that garners him a spot among Len Hochberg's golfers to go after in this week's contests on DraftKings.
Yahoo DFS Golf: Sanderson Farms Championship Picks and Strategy
72 days ago
72 days ago
Find out why Bryce Danielson believes Wyndham Clark could be a bargain in this week's contests on Yahoo.
2022 Sanderson Farms Championship Betting: Picks, Odds, Predictions and Best Bets
73 days ago
73 days ago
Ryan Pohle breaks down the odds for this week's event and tells you why it would be wise to throw a few bucks in the direction of Luke List.
FanDuel PGA: Sanderson Farms Championship Picks and Strategy
73 days ago
73 days ago
J.T. Poston has been posting quality results left and right, and that's not the only reason why he finds himself among Ryan Andrade's golfers to go after in this week's contests on FanDuel.
DraftKings PGA: Sanderson Farms Championship Picks and Strategy
73 days ago
73 days ago
A stellar result in the season opener helps Taylor Montgomery land a spot among Len Hochberg's picks to click in this week's contests on DraftKings.
Past Fantasy Outlooks
2022
2020
2019
2018
2017
2016
2015
Taylor had a consistent enough season with 18-of-29 cuts made that would've made you think he would've qualified for the Tour playoffs, but a best finish of T10 wasn't quite enough. Not all is lost, however, as the Canadian is still exempt on tour for the next two seasons thanks to winning the AT&T Pebble Beach Pro-Am in 2020. Taylor has never been an elite ball-striker on tour, but if he can get his short-game back to where it was a couple years ago, he should be able to post more top-10s this season.
Taylor has established himself as a reliable PGA Tour player, qualifying for the playoffs in each of the last four seasons. He's a well-balanced player who doesn't have any major weaknesses in his game but also lacks an elite strength. After a convincing win at the AT&T Pebble Beach Pro-Am, Taylor's next best finish thereafter was a T35 result. Nevertheless, the win will get him in many events next year and plenty of opportunities for a big payday.
Taylor has spent five seasons on the PGA Tour and he's been remarkably consistent during that time. In four of those five seasons, he ranked between 102and and 129th on the FedEx points list. His best season was 2017, when he finished 84th on the list. His earnings have ranged from $600k to $1.2 million. Basically, he's steady, but there's really no upside. Not a great formula for salary cap purposes.
Last season was Taylor's fourth on the PGA Tour and it was much like his previous three as far as his standing on the FedEx points list. Taylor actually picked up a win in his rookie season of 2015, but even with that win, he barely managed to top $1 million. Since then, he's topped $1 million just once in three seasons. Last season was fairly uneventful as Taylor managed just two top-10s all season. He picked up a top-10 in his first start in the fall and another top-10 in the final event prior to the FedEx playoffs. That top-10 was huge for Taylor, however, as it locked up his card for this season. Although he has that card, Taylor hasn't shown enough in his four years on the PGA Tour to justify a salary cap selection this season.
Taylor earned his spot inside the top-100 by recording three top-10s in the span of seven events, but he flamed-out at the end of the season, missing the cut in three of his final five events. On the positive side, his four top-10s were a career high as was his 20 cuts made. Taylor appears to be trending upward, but the question is – how fast can he improve. His number from last season is not too much of a burden, so he's certainly a guy that you can take a chance on in salary cap leagues.
Taylor is exempt by virtue of winning the 2014 Sanderson Farms, which is looking like an aberration. He had only one top-10 last season, in the alternate-field Puerto Rico Open. Nothing indicates a more successful season ahead.
Of the guys who made it through via the Web.com Tour Finals, Taylor might have the best story of them all. Dewsweeping in one of the first groups out, Taylor shot a 63 on the Dye Valley course at TPC Sawgrass in the final round of the Web.com Tour Championship to clinch his card, capping off a season in which he had no top-5 finishes but three top-30 finishes in the Web.com Tour Finals that gave him enough money to get a PGA Tour card. 11 missed cuts in 24 starts certainly doesn’t have a nice look to it, and a Reshuffle List of 34th will make the road tougher, but that 63 did show that this guy has a lot of moxie.
More Fantasy News