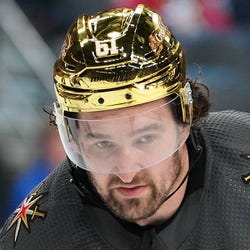 2022 Stats
G
9
A
11
PP Pts
4
+/-
12
PIM
6
ROS Projections
G
A
PP Pts
+/-
PIM
Unlock Our Projections
2022 Fantasy Outlook
Hampered by a significant back injury, Stone was limited to just 37 games a season ago. He was his usual productive self when healthy, posting nine goals and 30 points. Stone -- who turned 30 years old in May -- eventually had surgery that same month to fix the issue and is expected to be fully healthy from training camp. There's obviously significant bounce-back potential here. Stone is a point-per-game threat every single season, although how much he will ultimately be able to help fantasy managers is entirely dependent on if he is able to suit up on a nightly basis. The injury risk here is real, but the reward is potentially significant. Read Past Outlooks
read more
#