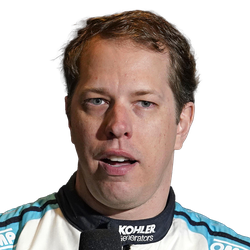 2023 Fantasy Outlook
We knew things would be tough for Keselowski making the transition from Penske to Roush last season, but we had no idea they would be as disastrous as they would become in 2022. The veteran driver and co-owner of the No. 6 Ford struggled to just six Top-10 finishes and no victories last season. It was Keselowski's worst campaign since his rookie season of 2010. To compound performance issues, Keselowski and the No. 6 team were slapped with one of the biggest fines/penalties in NASCAR history (100 points, $100,000) after their modification of single-sourced parts was discovered following the March Atlanta race. It was a severe blow to this driver and team and they'd never dig out of that hole the rest of the way. It was the primary reason Keselowski finished 24th-place in the driver points last year. We're cautiously optimistic about some form of rebound in the upcoming season, but we're conservatively ranking Keselowski 20th prior to the start of the season. Read Past Outlooks
read more
Car No. 6 Ford
Crew Chief Matt McCall
Rookie Year 2010
Birth Date 2/12/1984
Born Rochester Hills, Michigan, United States
Country UNITED STATES