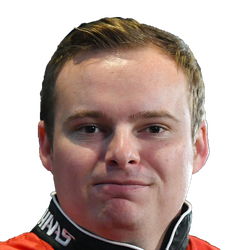 2023 Fantasy Outlook
Custer makes a full-time return to the Xfinity Series after a three-season cup of coffee in NASCAR's top division. Things didn't quite work out in SHR's Cup car, but he got a pretty favorable landing in the Xfinity Series and the No. 00 Ford entry. Custer is a 10-time winner in this division of NASCAR and finished runner-up in the championship chase in both 2018 and 2019, so he's no stranger to dominating in this series. The 25-year-old Californian made five starts last year in the Xfinity Series and turned some heads with his one victory and three Top-10 finishes in the under-equipped No. 07 Ford of SS-Green Light Racing. Custer is talented and will be eager to succeed in this really good team situation. Read Past Outlooks
read more
Car No. 00 Ford
Crew Chief Jonathan Toney
Rookie Year 2016
Birth Date 1/23/1998
Born Ladera Ranch, California, United States
Country UNITED STATES