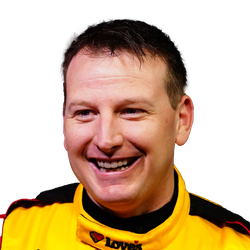 2023 Fantasy Outlook
McDowell returns to Front Row Motorsports for his sixth season with this race team. They've gotten better together gradually over these last few years. McDowell had a bit of a mixed bag in 2022. He grabbed a career-high 12 Top-10 finishes but was held out of victory lane. McDowell lowered his average finish to a career-best 16.7 despite finishing only 23rd in the driver point standings. All-in-all it was a pretty good season for this veteran driver despite failing to make the Chase playoffs. He returns to the No. 34 Ford team in 2023 but gets a new crew chief in Travis Peterson. Peterson replaces Blake Harris atop the team's war wagon and faces a big challenge to follow up what McDowell and Harris achieved last season. As has been the case for many years, McDowell is most dangerous in superspeedway racing and road circuits as they are his best tracks by far. Read Past Outlooks
read more
Car No. 34 Ford
Crew Chief Travis Peterson
Rookie Year 2009
Birth Date 12/21/1984
Born Glendale, Arizona, United States
Country UNITED STATES