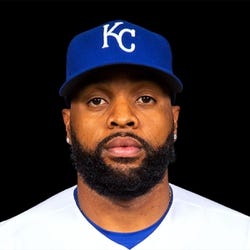 2022 Stats
AVG
.202
HR
19
RBI
60
R
52
SB
0
2023 Projections
AVG
HR
RBI
R
SB
Unlock Our Projections
2023 Fantasy Outlook
Santana made the financial decision to take the contract with the Pirates and get paid to play one year removed from a fun stretch of play with Seattle that saw him provide some key moments in their improbable run to the postseason. Santana is often cited as one of the players who should most benefit from the new limitations on shifting, but even a 40-point surge in batting average (that is never happening!) would still keep him below the league averag. Santana has hovered at or under the Mendoza Line for three consecutive seasons after his last big fantasy season in 2019. Santana makes a nice first base platoon partner for Ji-Man Choi when a lefty starter is on the mound if the club wants to give him time in the field rather than DH him every day in the lineup. He should be a volume producer as he has been each of the past two seasons, but that volume comes with a severe batting average penalty. The new shifting conditions could push him back into the .220's, but wishcasting anything more than that is just greedy. We strongly encourage you to take a long look at his Stat Review section below because that section looks much better than his actual production last season. Read Past Outlooks
read more
RANKS
#488
ADP
#