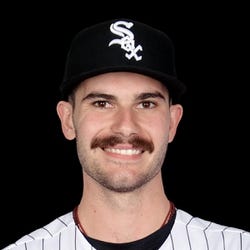 2022 Stats
W-L
14-8
ERA
2.20
WHIP
1.11
K
227
SV
0
2023 Projections
W-L
ERA
WHIP
K
SV
Unlock Our Projections
2023 Fantasy Outlook
Cease followed up 2021's breakthrough campaign with an even better season, finishing a distant second to Justin Verlander in the AL Cy Young voting. Cease started 32 games for the second straight season, finishing with a career-high 184 innings. It wasn't by much, but Cease's K% ticked down while his BB% inched up. A .260 BABIP and 82.3% LOB mark resulted in a 2.20 ERA, over a run below the associated 3.50 xFIP and 3.48 SIERA. Cease is being drafted ahead of starters with similar or better skills, but with a longer track record. If he can lower his 10% walk rate, Cease could be one of the best pitchers in the league. There is a pathway as Cease uses his fastball 47% of the time but throws it for a strike at a low 62% rate. Cease is a prime example of how pitchers can be both lucky and good. Dreaming of a lower walk rate is tempting, but the regression monster is looming with nightmare intentions. Read Past Outlooks
read more
RANKSFrom Preseason
#