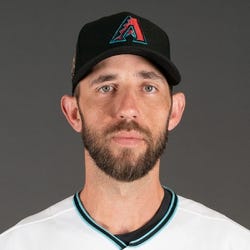 2022 Stats
W-L
7-15
ERA
4.88
WHIP
1.44
K
112
SV
0
2023 Projections
W-L
ERA
WHIP
K
SV
Unlock Our Projections
2023 Fantasy Outlook
Bumgarner reached 30 starts last season for the first time as a Diamondback. Still, we can't really view him as a workhorse at this point given that those 30 outings resulted in only 158.2 innings. Just six of those starts fell under the "quality" umbrella, and only two of those quality starts came after the All-Star break. Bumgarner remains a proficient strike-thrower and his velocity actually rebounded a tick in 2022. However, only Marco Gonzales (13 percent) and Johnny Cueto (15.7 percent) had lower strikeout rates than MadBum's 16 percent mark among those who threw at least 150 innings. Bumgarner also ranks sixth in baseball in home runs allowed since 2020, and the five ahead of him have all thrown way more innings. It's hard to see the Diamondbacks ever booting him from their rotation, but it's even more difficult to see the 33-year-old returning to fantasy relevance. Read Past Outlooks
read more
RANKS
#583
ADP
#