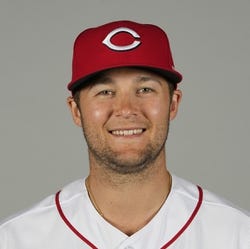 Out
Injury Toe
Est. Return 2/1/2023
2022 Stats
AVG
.231
HR
5
RBI
25
R
45
SB
8
2023 Projections
AVG
HR
RBI
R
SB
Unlock Our Projections
2023 Fantasy Outlook
Stop me if you've heard this one before: Senzel missed time with injuries last season and disappointed when healthy. His 110 games played represent a career high, but he still hit the injured list three times and suffered other minor injuries. In between, he hit 231/.296/.306 with five homers and eight steals. A .249 xBA suggests he got a bit unlucky, but his batted-ball numbers were generally unimpressive. An 18.1 K% did mean he made an above-average amount of contact, but that came with a 3.2% barrel rate (not too far from his 4.9% career mark), so it's no surprise he failed to do much damage. In theory, there's still enough here to separate him from other late lottery tickets, but that's becoming increasingly untrue. Yes, he's still the same person who was drafted second overall in 2016, and he still has a path to playing time in a very hitter-friendly park. But he's also heading into his age-28 and owns a .663 career OPS in 1,036 plate appearances, to say nothing of his health concerns. Read Past Outlooks
read more
RANKS
#560
ADP
#