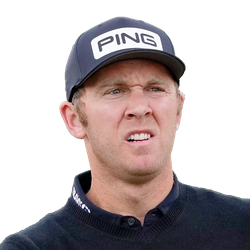 2022–23 Stats
Rank
5
Winnings
$2,106,070
Winnings/Entry
$263,259
Entries
8
Rounds
28
2022–23 Fantasy Outlook
The curious case of Seamus Power. Power joined the PGA Tour during the 2016-2017 as a relatively unknown golfer from Ireland and he didn't exactly make a splash, ending the season 130th on the FedEx list. His next three seasons on the PGA Tour were much the same and it wasn't until the 2020-2021 season that he started to show some game. This past season he found an entirely new gear as he posted top-25s in half of the events he played (13) on his way to over $3 million in earnings. Power appears to be reaching his peak as he enters his mid-30s, and while there's nothing wrong with that, it does indicate that his ceiling is likely limited. Read Past Outlooks
read more
Handedness Right
Status Pro
Height 6'3"
Weight 200 lbs
DOB 3/4/1987
Birthplace , Ireland
Country Ireland
Read More News
PGA Stats
Loading Golf Stats...
Tournament Results
Scoring
FanDuel
DraftKings
Loading Tournament Log...
PGA Advanced Stats
Loading Advanced Stats...
Recent RotoWire Articles Featuring Seamus Power See More
Weekly Preview: AT&T Pebble Beach Pro-Am
3 days ago
3 days ago
Joel Dahmen has not teed it up in a while, but Greg Vara still suggests using him in a number of different formats this week.
FanDuel PGA: AT&T Pebble Beach Pro-Am Picks and Strategy
4 days ago
4 days ago
Kevin Streelman usually fares well in this event, and for that reason Ryan Andrade believes he will be a bargain in this week's contests on FanDuel.
DraftKings PGA: AT&T Pebble Beach Pro-Am Picks and Strategy
4 days ago
4 days ago
Matt Fitzpatrick is the favorite in this week's event, and that's not the only reason why he finds himself among Len Hochberg's picks to click in the latest contests on DraftKings.
Weekly Preview: Farmers Insurance Open
11 days ago
11 days ago
Luke List seems to have Torrey Pines figured out, and Greg Vara suggests giving him a look in a few different formats.
Past Fantasy Outlooks
2022
2020
2019
2018
2017
2016
Power missed five of his first six cuts to start the season and then went his final 11 starts without missing a weekend and racking up a win at the Barbasol and six other top-25s. Power's short game was very impressive as he ranked top-10 in both SG: around and scrambling. He gained strokes in every area and has a lot of upside going into a full 2021-22 season.
Power got into only 11 tournaments last season, playing out of the 126-150 category. He made seven cuts with two top-25s. He should get more starts in a full season, and get near his previous average of about $700k in earnings.
There wasn't a huge difference from the 2017-18 season when Power made the playoffs, and last season when he finished 143rd in the standings. He only had two more missed cuts and one less top-25 this past season. Power needs to really make a big step up in his ball striking, as he ranked 189th in SG: Approach and 177th in SG: Tee-to-green. He will be a risky option in salary cap leagues.
Power has spent two seasons on the PGA Tour and he's finished 130th and 114th on the FedEx points list. While Power improved his FedEx position last season, when consider that he was 15th on the PGA Tour in strokes-gained putting, the minimal gain in points is a bit of a letdown. Power's overall game is not where it needs to be in order to see a significant improvement. Power would need to improve his tee-to-green game while maintaining his incredible putting from last season and that's just not likely to happen. With that in mind, Power is not a good salary cap option this season.
Power's rookie season on the PGA Tour started slowly but ended with promise as he notched three of his four top-25s in his final five events. If Power can muster enough starts to build momentum early in the wraparound season, look for him to flirt with $1 million or more in earnings. Of course there's downside for a sophomore slump that tosses him between the PGA and Web.com tours, but you could do much worse than the 30-year-old Irishman.
Not sure what this says about Power or the crop of potential European Ryder Cup captain's picks, but Seamus, pronounced "Shamus," was on some lists of potential options for Darren Clarke. He was not picked, but that doesn't diminish his impressive 2016 campaign. He got his PGA Tour card through a win at the United Leasing & Finance Championship, and had a solid summer run that included three top-20 finishes, one at the Rio Olympics where he represented Ireland and tied for 15th. That week, in a limited but still strong field, he ranked 14th in SG tee-to-green, complementing a season-long Web.com Tour ranking of 13th for greens in regulation. Don't be surprised if Power sneaks up on some leaderboards early. The mere mention of him has a possible captain's pick shows you what those across the pond think of him.
More Fantasy News