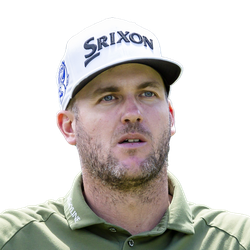 2022–23 Stats
Rank
134
Winnings
$204,843
Winnings/Entry
$34,141
Entries
6
Rounds
23
2022–23 Fantasy Outlook
After a very successful Korn Ferry Tour campaign in 2020-2021, Pendrith entered the PGA Tour this past season with high expectations and he didn't disappoint. Pendrith posted three top-10's and nine top-25's on his way to over $2.3 million in earnings. Perhaps most impressive was that he did all of that in just 21 starts after being slowed by fractured rib in the middle of the season. There's a lot of reason to like this Canadian going into 2022-23 after he finished last season with six top-15's in his last seven starts. Pendrith ranked top-12 on Tour last season in SG: Off-the-Tee, driving distance, and GIR percentage. Read Past Outlooks
read more
Handedness Right
Status Pro
Height 6'1"
Weight 205 lbs
DOB 5/30/1991
Birthplace Richmond Hill, Canada
College Kent State
Country Canada
Read More News
PGA Stats
Loading Golf Stats...
Tournament Results
Scoring
FanDuel
DraftKings
Loading Tournament Log...
PGA Advanced Stats
Loading Advanced Stats...
Recent RotoWire Articles Featuring Taylor Pendrith See More
FanDuel PGA: Farmers Insurance Open Picks and Strategy
8 days ago
8 days ago
This week's course sets up nicely for Taylor Pendrith, and that helps him land a spot among Ryan Andrade's value picks for the latest contests on FanDuel.
RotoWire Staff/Expert League Results
14 days ago
14 days ago
Rory McIlroy was the most expensive player in the annual RotoWire staff golf league over Jon Rahm and Scottie Scheffler in a format that gives a guide for season-long leagues.
2023 The American Express Betting: Picks, Odds, Predictions and Best Bets
15 days ago
15 days ago
Ryan Pohle gives you his top wagers of the week and tells you why it would be wise to throw a few bucks in the direction of Patrick Rodgers.
Fantasy Golf: RotoWire Staff League Draft Review
44 days ago
44 days ago
Ryan Pohle breaks down the results of RotoWire's recent fantasy draft and explains why he rolled with Patrick Cantlay in the first round.
Past Fantasy Outlooks
2022
2020
Pendrith earns a PGA Tour card via his ranking of fifth on the Korn Ferry Tour's regular season points list, but he also tallied a trio of top-25s at the PGA level in 2020-21. Pendrith notched four runner-ups on the KFT, including three in a row last summer from the TPC San Antonio Challenge at the Canyons through the Pinnacle Bank Championship. Given his KFT ranking of third in driving distance, the Canadian's upside is evident.
Pendrith doesn't have a win under his belt in 2020 like the other names around him near the top of the Korn Ferry Tour Points list, but he went on a wild run this summer stringing together finishes of T3-2-T2-T2 from the TPC Colorado Championship through the Pinnacle Bank Championship. That's four consecutive top-3s before adding three additional top-25s throughout his last four starts to end the season. Pendrith, who won twice on the Mackenzie Tour in 2019, ranked fifth in driving distance and eighth in birdie average on the KFT.
More Fantasy News