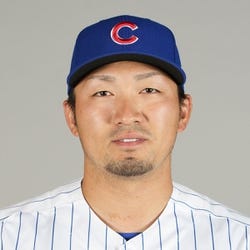 2022 Stats
AVG
.262
HR
14
RBI
46
R
54
SB
9
2023 Projections
AVG
HR
RBI
R
SB
Unlock Our Projections
2023 Fantasy Outlook
There was a lot of hype surrounding Suzuki last winter as he transitioned to MLB following a long, successful run in Japan's Nippon Professional Baseball. It looked initially like he might exceed expectations in Year 1 of his five-year, $85 million deal with the Cubs. He hit four homers in his first nine games, but Suzuki eventually slowed and a finger injury wiped out his entire month of June. A chase rate in the 90th percentile suggests he could trim his strikeout rate down some (from 24.7%) as he gets better situated against big-league pitching. With power, speed and regular playing time projected, Suzuki looks like a classic post-hype fantasy sleeper. He figures to bat high in the order and should have the green light to run under manager David Ross, whose team ranked second in the NL in steal attempts last season. Read Past Outlooks
read more
RANKS
#106
ADP
#